This section follows [Bohm, A. et al] and [Nakahara].

Generally speaking, a fiber bundle is a topological space where there are extra structures. This structure is summarized as the topological space locally looks like the direct product of two subspaces - a typical fiber and a base space.

A good example of a fiber bundle is a cylinder. I think this is the most intuitive way of explaining the name. A bundle of fibers is called a fiber bundle, like a handful of pasta. However, a fiber need not be an actual “fiber”, it could also be a higher dimensional manifold, like a piece of pancake or a potato chip. A non-trivial example of braiding is the braiding of strands. 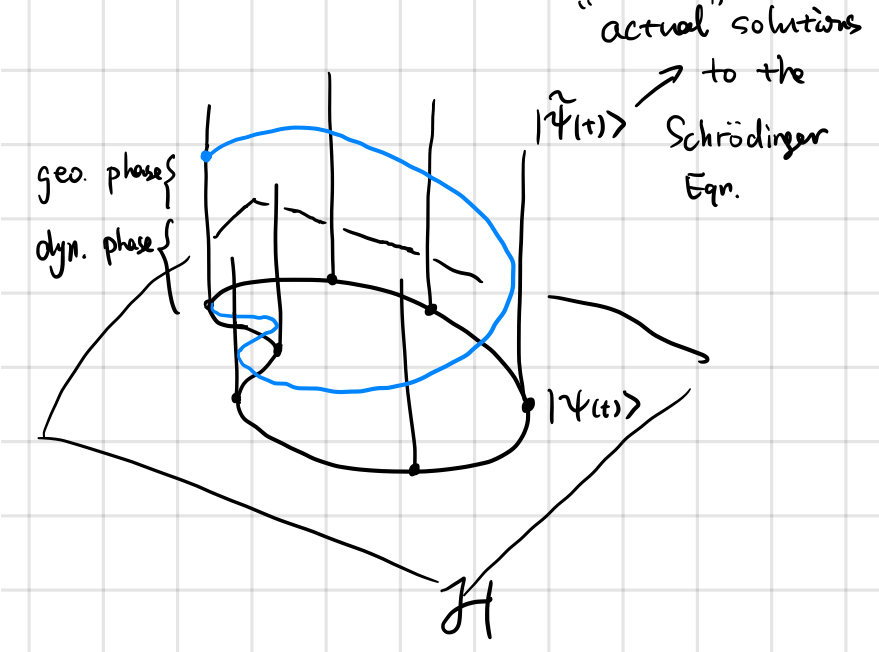 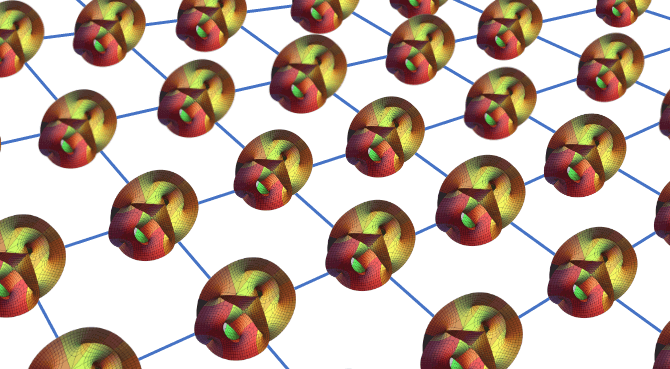 Formally, a (differentiable) fiber bundle is a triple $(E,\pi,M)$ consists of the following elements: In many textbooks a fiber bundle is defined as a quintuple $(E,\pi,M,G,F)$. I think it’s better to start defining as little as possible, so I chose to define it as a triple and add $G$ and transition functions later.

Interpretation of the Transition Functions and Structure Group

Short reminder of the word “Topology”:

Mathematically, a topology is defined as a family of subsets $\tau$ of a set $X$. The pair $(\tau,X)$ is called a topology. This definition is evidently related to the connectedness of the set $X$. Elements belong to the same subset are connected, otherwise they are separated. From the connectedness all topological properties are defined.

For a manifold, the topology is also represented as how the charts are glued together. Different gluing choices shows different “twisting”. For example, different gluing of triangles can form different topologies like below, image adopted from Wikipedia. 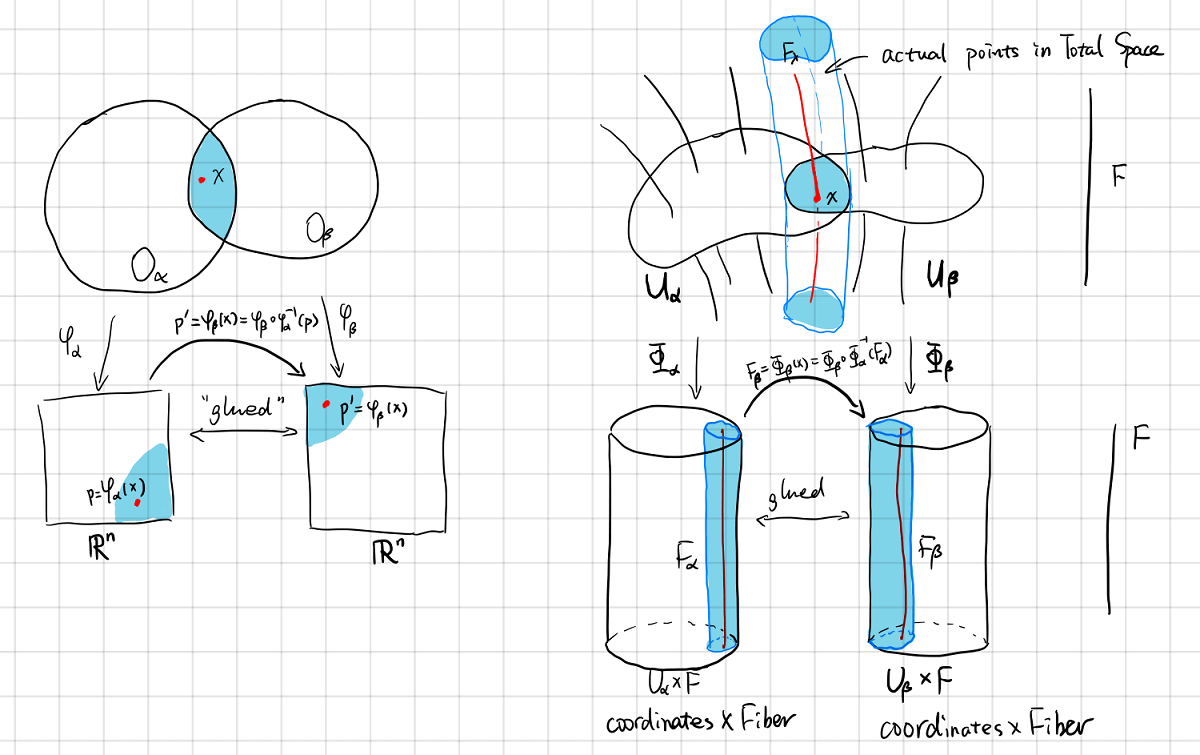 The transition function is denoted as $G_{\alpha,\beta}$

The transition function actually forms a group under composition

There is a special kind of bundle called the principal bundle, where all the fibers are isomorphic to the structure group $G$.

A piece of fiber is essentially a topological space, and you can add a group structure to the space such that group properties (identity, inverse, closure, and associativity) are endowed. If the group structure is the same as structure group, we will call this fiber bundle a principal fiber bundle.

Is it possible to make every fiber bundle a principal fiber bundle? If not, how can we be sure that it is not possible?

There is no natural way of comparing tangent vectors $V_p$ and $V_q$ at $p$ and $q$, for if they had identical components in one coordinate system this will not generally be true in a different coordinate chart covering the two points.