From the last post, a one-to-one correspondence between three entities has been established, namely

The relationship between them can be summarized as

A connected Lie group is generated by any neighborhood of identity.

One important observation is that such neighborhood does not have any limitation on size. It can be arbitrarily small. How small can this neighborhood be?

Proposition: The exponential map $\exp : T_e G \rightarrow G$ is smooth, and it is a local diffeomorphism at $0$.

I like to think it as tangent vectors dictates different one-parameter subgroups which in turn “covers” the entire Lie group. Since the tangent space is in general uncountable, such is “cover” on a higher dimensional “surface” (or “volume”) using a lower dimensional “line”.

Lie algebra should “know” everything about $G$, then it should know about the group operation, which leads to the Campbell-Baker-Hausdorff formula. (Tony Feng) The formula can be better understood with the “bracket” in Lie algebra is introduced as a measure of non-commutativity.

Lie published an article titled “Über Gruppen von Transformationen” in 1874. As early as 1871, the idea of an infinitesimal generator of a one-parameter group of transformations had already appeared in his work.

This point of view was essential to Emmy Noether’s 1918 article in the Göttinger Nachrichten establishing the relationship between symmetries of a variational problem and conservation laws. About ten years later, Noether published a very important article situating the representation theory of finite groups and of algebras in the context of noncommutative rings

The set of infinitesimal generators of one-parameter subgroups of a continuous group forms what today is called a “Lie algebra.”(This name was suggested much later by Weyl in his 1933–1934 lectures at the Institute for Advanced Study in Princeton.) 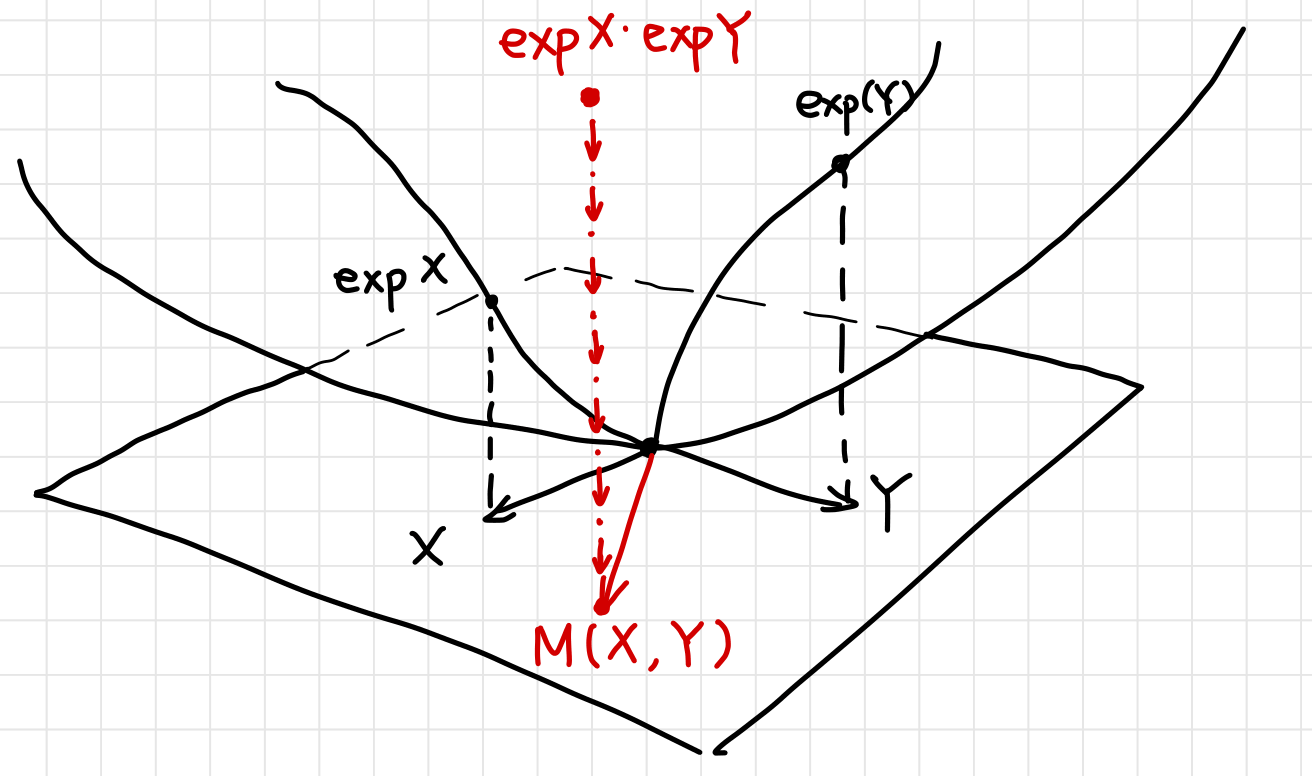 With $\exp$ map defined, $\log$ map arises naturally. Such $\log$ map is often described in the form of BCH formula.